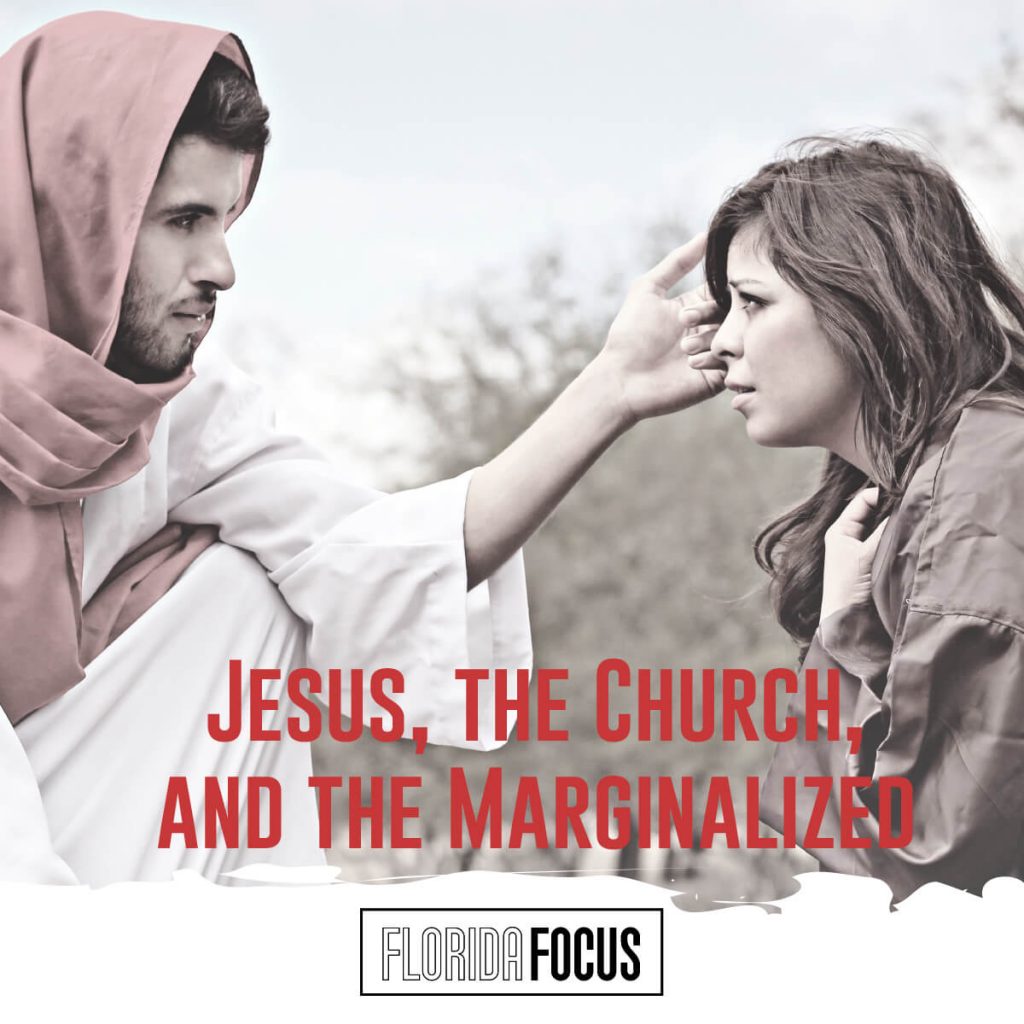 Jesus, The Church And The Marginalized

In Matthew 15:21-28, Jesus and His disciples encounter a Gentile woman whose daughter is demon-possessed, stripped of her humanity, and was possibly a terror to her family and community. This mother pleads with Jesus for help, but Jesus ignores her (Matt. 15:23), tells her she is not a member of the privileged class (Matt. 15:24), and that she is a dog (Matt. 15:26). Furthermore, the apparent indifference of Jesus encourages His disciples to urge Him to deny her the much-needed help (Matt. 15:23).

Jesus and the Marginalized

The Gentile woman is an accurate picture of the oppressed, disenfranchised, and the marginalized. She was a woman, who was most likely a single mother, with a demon possessed daughter, which meant that she lived with someone who was unclean. Additionally, she was not of the privileged race. Because of these factors, she did not qualify for certain privileges and benefits.

Would Jesus, therefore, deny this woman’s request because of her marginalized status? Jesus’ stated mission at the inception of His ministry in Luke 4:18-19, answers this question. According to Luke 4:18-19, Jesus’ ministry would be characterized by Spirit-led preaching of the gospel directed to the poor, a healing ministry that addressed the emotional and physical brokenness of individuals, and a liberation ministry for the oppressed and addicts. Did the Gentile woman qualify for help based on Jesus’ stated mission? Certainly! She was likely poor, emotionally broken, and desperate to have her daughter liberated from demon possession.

One could argue that Jesus’ stated mission was directed at Jews, not Gentiles. Hence, although the woman seemingly qualifies for help, she does not. As plausible as this argument is, it cannot stand under the weight of John 3:16. God’s love is not limited to a preferred class of people. He loves all people, including the marginalized and oppressed. Consequently, Jesus would not deny this woman the help needed. How do we, therefore, reconcile the behavior of Jesus with His stated mission? The answer lies in why Jesus behaved the way He did. Jesus behaved the way He did to expose the unacceptable approach of His disciples towards the marginalized.

The Disciples and the Marginalized

Would the disciples deny this woman the help she needed? When Jesus ignored the woman’s initial plea, the disciples “urged Him, saying, ‘Send her away, for she cries out after us,’” (Matt. 15:23). Why would they urge Jesus to send her away when she is in desperate need of the help Jesus could offer? Obviously, the actions of Jesus confirmed that His disciples were willing to participate in prejudiced and racially insensitive actions against this woman.

Ellen White confirms this in Desire of Ages. She says, “Annoyed by her importunities, the disciples asked Jesus to send her away. They saw that their Master treated her with indifference, and they therefore supposed that the prejudice of the Jews against the Canaanites was pleasing to Him. . . . In this He designed that His disciples should be impressed with the cold and heartless manner in which the Jews would treat such a case, as evinced by His reception of the woman” (400).

These comments confirm that the disciples were influenced by and participated in Jewish racial prejudices, and that Jesus’ “unacceptable” behavior was a description of His disciples. In contrast, Christ granting the woman’s request was a prescription for the disciples. “[Christ] designed that His disciples should be impressed with . . . the compassionate manner in which He would have them deal with such distress, as manifested by His subsequent granting of her petition,” (Desire of Ages, p. 400). Christ’s “prejudicial” behavior was designed to teach his disciples—who were steeped in racial prejudices—that their biases and prejudices were unacceptable.

It is disturbing to know that Jesus could help this woman’s child, but the disciples urged Him to do otherwise because of racial prejudices. Furthermore, this narrative identifies the reality lived by many who are systemically marginalized and disenfranchised in today’s society. What can we therefore learn from this biblical narrative?

Complicity of the Church: Where racial oppression of the marginalized is concerned, the church does not have an untarnished record. Like the disciples, the Christian church has been influenced by and participated in racial prejudices. This statement is not a swipe at the church; it’s a fact the Bible highlights. The disciples did it (Matthew 15:21-29), the early church did it (Acts 6:1-7), and Peter did it even after he was converted (Acts 10; Galatians 2:11-15). Racial oppression is an unfortunate by-product of sin that the church will have to contend with until Jesus comes.

God Hates Caste: Ellen White states, “Caste is hateful to God. He ignores everything of this character. In His sight, the souls of all men are of equal value,” (Desire of Ages, p. 403). Practices that belittle, denigrate, or disenfranchises any people group or anyone because of the color of their skin, their ethnicity, socioeconomic status, or any other such factors, are not of God.

Break Down Barriers: The complicity of the church where racial oppression is concerned, as so clearly presented in the Bible, does not mean that the church lacks moral qualification to address this issue. The reason the story of this Gentile woman is included in the Bible, along with all the other stories that highlight racial injustices, is to teach the church that, where race relations are concerned, God has the highest ideals for His people. He wants the church to break down the prejudicial barriers that divide. He wants the church to demonstrate to the world that people of every ethnicity, socio-economic status, and educational background are valuable to God and valued by God.